So I gave this one a good deal of thought and consideration…It took going back over the character numerous times, but I can say with fair certainty that Dr. Henry Jones, Jr. is actually a librarian. That’s right, I said it…Indiana Jones is a librarian! 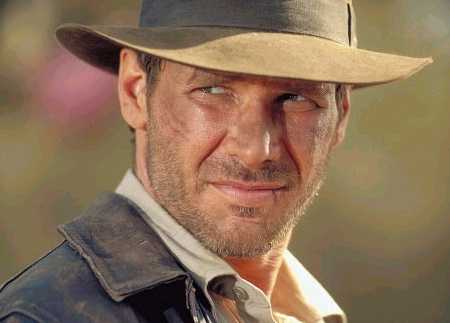 Dr. Jones is really an MLS. Don’t be fooled.

I know what you’re all going to say – “You’re wrong, Justin! Indiana Jones is an archaeologist, silly!” Am I truly wrong? Then why does he act more like a librarian than an archaeologist? Let’s review some of what we know…

–Raiders of the Lost Ark: Indy pulls a book out to show what the Ark of the Covenant looks like. Where did get that book? Probably from a LIBRARY. What happens to the Ark? It gets stamped and archived like a book. They probably use Dewey at Area 51.

–The Temple of Doom: How does Indy know about the Shankara stones and the legend behind them? From his research at the LIBRARY.

–The Last Crusade: Whoa, the goldmine here. Indy even says to his class, “80 percent of archaeology is done in the LIBRARY.” Where does X mark the spot? In the LIBRARY. How does Indy get to the tomb of Sir Richard in Venice? Through the LIBRARY. Indy’s dad, Henry Sr., teaches Medieval Literature and Grail lore is his hobby – not exactly archaeology. Everything he knows about the Grail he learned from years of reading and research in the LIBRARY. They even have to rescue his diary from Berlin because of its reference value when dealing with booby traps! Upon being rescued from the tank, the first thing he does is ask Indy, “you call this archaeology?”

See? Even his dad doubts him as an archaeologist.

-The Kingdom of the Crystal Skull: As much as I’d like to say this movie doesn’t exist, the librarian in me opposes censorship. A motorcycle goes through a LIBRARY. Okay, that’s pretty rad. There’s also monkeys and aliens or something. I don’t know. Watch this movie at your own risk.

Not enough proof? Consider these pearls of wisdom.

This is why he can’t have nice things.

I think this about sums up my findings. Given that he’s also the mascot for the Brash Librarian, it makes sense that he’s simply a librarian by another name. Still not satisfied? Fine, take this! 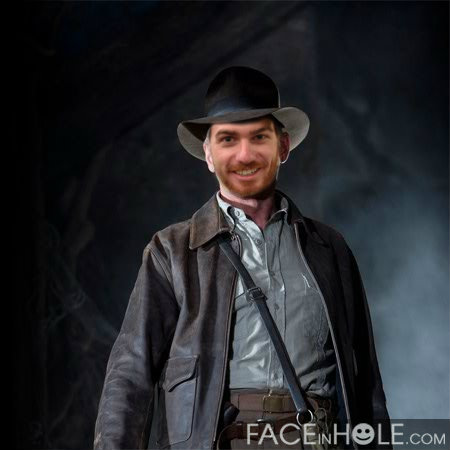 This is how librarians dress. Right?

This entry was posted in Uncategorized. Bookmark the permalink.