Whew, this last week or so has been wicked-mad-cool-sick-nasty-awesome! So in my last few posts, I’ve mentioned that I would be attending the American Library Association (ALA) conference this year in Orlando. If you’ve been following my Facebook, Twitter and Instagram in the past week, then you know that the last week or three has been krazy – that’s right, krazy with a K.

“Wow, Justin, it’s taken you awhile to get posts out.”

Yes it has, astute person! However, lets cover what’s been going on the last 3 weeks or so:

You said it, Han.

Yeah, whew! So before I have to get back into the fray, let’s talk about ALA.

“I’m not familiar with ALA, Justin. Tell me more!”

Well, person who just stumbled onto my site, the ALA conference is pretty much the biggest library conference of the year and is held in different locations all over the US; other places include San Francisco, Chicago, New York City, and other big places that hold such a huge and awesome conference (like Orlando). While I have been to Florida and Texas library conferences (FLA and TLA, respectively), I have never been to an ALA conference.

Let’s start with I knew going in:

So I should expect about the same at ALA, right? 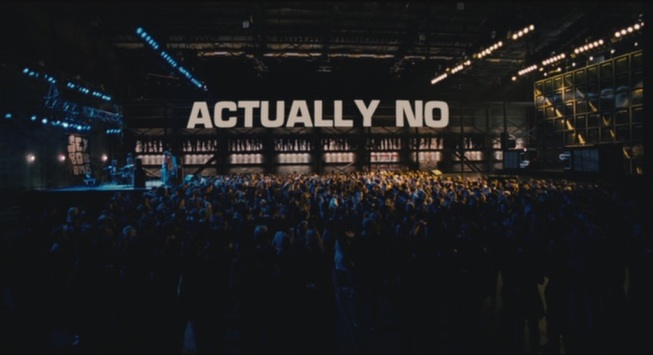 ALA pretty much takes all the things I like about a conference, and turned them up to 11. Things I learned about ALA:

A week ago, I was looking at #ALA booths getting set up! #ALA2016 #occc #orlando #behindthescenes

All the gadgets when finally set up are crazy cool! One example is PV Supa’s RFID tagging and book delivery systems.

I had a great time checking out PV SUPA's #RFID tagging and check in stations at #ALA2016 this year! #thefuture #ALA

A post shared by Justin Brasher, BrashLibrarian (@brashlibrarian) on Jul 4, 2016 at 2:19pm PDT

Unloading more #ALA pics. Did I mention all the #food? #nomnom #ALA2016

A post shared by Justin Brasher, BrashLibrarian (@brashlibrarian) on Jul 6, 2016 at 1:21pm PDT

And that was just the first vendor, literally 10 steps inside the hall.

I couldn't resist #Elsa and her #frozen self. #LetItGo #sing #ALA #ALA2016 #brashlibrarian 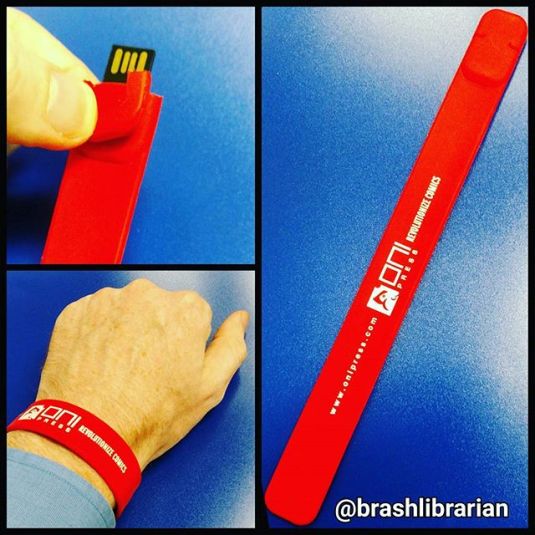 Oni Press speaks to my childhood.

“Bottled water? That’s not really swag I would want.”

Florida? In June? The water was a godsend, don’t even argue.

Library webcomic series Unshelved had a booth as well! You may recall my recent post regarding Copyright and Fair Use where I spoke to Angela and learned best practices for sharing their work. On Sunday morning, I got to meet Angela in person and buy one of their many awesome shirts. That star on my shirt? It’s actually Banned Book titles in you look closely! 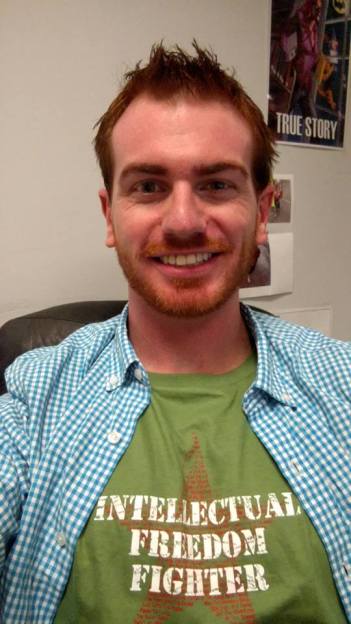 To say the least, I think they were impressed!

Give Trevor a hand, everyone – he’s going into the Marines!

My #Hilton Hotel room for #ALA #ALA2016 thanks, #work! #charmedlibrarylife #library

My work put me up in a place with granite counter tops, balcony, and executive hotel services with discount tickets. Tickets to take my nephew to Universal? $140 per person after taxes. Tickets after some sweet talking to the Hilton desk people? $15 per person. As in FIFTEEN.

“Wait, so you did other things besides library stuff?”

Absolutely! You have to remember, ALA caters to all libraries – academic, public, school, private, etc – which means not everything will be for you. OH, a workshop on cataloging trends and changes in academic libraries? That would be awesome…if I worked in cataloging, or academic libraries for that matter. Some days are more heavy on the academic stuff, and some are more geared towards public library things. Sunday wasn’t a super-heavy public library day, so I decided to take my nephew that day.

I also had the pleasure of seeing my friend Meredith Myers, though most of you know her as The Standup Librarian if you’ve followed my adventures! We were lucky enough to find a place that combined my love of video games and a good beer into one place: Player 1 Video Game Bar. From 80s arcade games to 90s shooter games to new stuff like Playstation 4 and Xbox One, it had all the games you could ever ask for (if that’s your kind of thing.)

Finally having fun at #alaac16 now that my work is done! So happy 2 c my friend @brashlibrarian ! 📚 🍻 #gingers pic.twitter.com/4ZVRSyqwA9

With all the fun said and done, I finally said goodbye to family and flew back home with all my extra prizes from ALA. Yes, ALL the prizes.

I got so much #swag from #ALA #ALA2016, I brought home an extra bag. #charmedlibrarylife #brashlibrarian

Feeling differently about library conventions now? Ready to fight your coworkers for a spot at next year’s ALA? I want to hear your opinions! Don’t forget to stop by Better Library Leaders, Ingram and Standup Librarian’s places on your way out!

Next time on BL: Could be RFID, could be MBA stuff, we’ll see.

Have a great week everyone,